I feel like writing. Got a lot on my mind. I’ve been watching #SistasOnBET. One of my favorite shows right now, besides #BiggerOnBET. Both shows bring back so many memories. Memories of hurt, guilt, shame, uncertainties and the need to be loved.

I say memories instead of feelings because the pain is gone. Y’all, I’m so happy I don’t feel the pain anymore. It’s a pain I wouldn’t wish on anyone. Guess I’ll share my story. Well… some of it. It’s way too long to write in one blog.

So Andi’s (KJ Smith) character on Sistas is in a relationship with a married man. Been there! His story is too familiar – he’s leaving his wife, he’s really in love with Andi, can’t leave his kids, he’s so confused… blah..blah..blah. I’ve heard it all before. Yep, twice! I have been in love with two married men before. Crazy huh!

It’s not something I talk about. Well.. I’ve never discussed the second relationship. That should’ve never happened. Got caught up in my feelings and so many lies. Which was unlike the first relationship. That first one was the one that hurt the most. He was my first rebound guy. I wanted to kill the pain of being rejected by my first boyfriend so I set out to find someone to ease the pain. Can’t y’all hear Lisa Fischer singing “How Can I Ease The Pain”? Lol. I can. Anyhoo.. I wanted a man that could show the other up. Someone I could brag about. Good thing they didn’t have social media back then because I would’ve had pictures of us all over my timeline. Yeah, I had a point to prove.

Well.. the joke was on me. I wasted two years of my life with someone who didn’t want to spend his life with me. He wasn’t married at first, but he was attached (something I didn’t know at the time). He and I were stationed in Germany and she was in the US. Like I said, I had no idea he had a girlfriend.. correction.. fiancé. I thought I was his girl. Silly me. One day a nosy friend of mine (found out she was mad because she wanted to date him) asked me if I had ever looked at the pictures he had around his room (military…we lived in the dorms) or read any of the greeting cards he displayed on one if his shelves. And my answer was no. He told me the pictures were of his family and his best friend (a.k.a. girlfriend). At that point I had no reason to believe otherwise. Boy I was soooo naive.

After my “friend” planted the seed, I decided to read the cards. Guess what! Ms. “Best Friend” was pregnant with his baby. What a blow! I didn’t know how to react- Should I end the relationship? (We had only been together about a month.) Or, should I stay and allow him to explain.. umm.. I mean lie, because that’s what he did. And of course I stayed. (Wow… sharing this publicly is pretty therapeutic!)

Long story short – She had the baby. I stayed by his side buying the baby gifts while he was secretly buying his bff gifts. Then one day, he went home on leave and got married. One of his boys in Germany broke the news to me. I should say, happily broke the news to me. Lol! He had been telling me all along not to trust his “boy.” But of course I was like he’s just saying all of that to get with me. Shoot, he had a girl and baby at home too. SMH!

Anyway, I called his mom’s house and asked to speak with him. (His whole family knew me. I had spoken to all of them before at some point in time.) Instead of putting him on the phone, his sister gave the phone to his new bride. Messed up, huh? I didn’t see that coming but I didn’t run away from it either. By this time I had already spent about a year of my life with him so I wasn’t going to just go away. Again, I asked to speak with him. She asked who I was (like she didn’t already know because I had spoken to her too before.. the games we play.. ugh!). I gave her my name and again, asked to speak with him. She gave him the phone. All he could say was he would be back soon. When he returned, he returned with lies that I didn’t believe, but I felt I had already put in the time with him, so why not see it through. That’s what we do right? Be their ride or die chick. SMH! Anyway, he told me he was getting an annulment because he had made a mistake by marrying her. That his parents had pressured him into getting married because of the baby. He really wanted to be with me. Again.. blah.. blah.. blah!

Needless to say, I stayed with him my entire tour in Germany wishing and hoping that in the end he would leave with me. Ha! I’ll tell you who left with me, my baby girl. Two months before I was scheduled to leave Germany, I found out I was pregnant. That’s when my life changed and I decided I was done with the lies. When he didn’t show up for my baby girl’s birth, I was completely done with the relationship. He apologized for so many things. He eventually got a divorce. Found out his bff’s baby wasn’t his. (Well, he kind of suspected it when he married her but he married her anyway.) I was left to raise my little princess alone. It was another five before I had another relationship, and it was with the other married man. That one ain’t even worth discussing.

Afterwards I met another rebound guy – my ex-husband. He was nothing like the other two. I wanted someone who was the complete opposite of the other two. However, in the end, I found out that what drew me to them was what I really wanted. Not the lies. Lol. But their personality, their spirit. I can’t lie, I had fun with them. Life…

Today, neither of them are with their original spouses. They did eventually leave, but it wasn’t for me. I wouldn’t have wanted them anyway. There were just too many lies and hurts that I couldn’t have gotten pass.

A sad thing that happened after I forgave my daughter’s dad (like after 16 years), I realized I no longer wanted to be married. It was like my eyes and heart had been opened and I actually wanted to love again. For years my ex-husband would ask me if I was in love with him. It was the most annoying thing in the world. It’s crazy that he knew I wasn’t but married me anyway. I would always say I didn’t believe in being in love because you can fall out of love and that love thing would eventually wear off. He would accept my answer and days later ask the question again. Well, unfortunately the truth finally came out. I cared for him but I never loved him.

Yesterday I read an article Essence Magazine had posted on Twitter. The title was, “The Solve: Why Do I Keep Dating The Same Type?” The author said that maybe it’s not us choosing them but them choosing us. Hmm.. do I attract these guys? Meaning guys in relationships. Is there something in my spirit and soul that draws them to me? I’m really trying to figure it out. I’ve decided that I’m not going to shy away from the kind of guy I truly like because I did that before and it was a disaster. Both, my ex and I, could’ve been in real loving relationships had I ended it from the door. Whew! If y’all only knew how I overrode God’s warnings just to prove to others that I was enough. That I was worthy enough to marry. Lawd!!

Anyhoo.. y’all know I get sidetracked. Over the four years that I was separated, I had time to think about what I wanted in a husband. Yes, husband! I plan to marry again. This time I’m marrying someone I love and who loves me. It has to be mutual. I don’t want another rebound guy. I don’t want someone who believe they have to choose between me and someone else. I know my worth. I’m worthy of the best God has for me. I won’t have to prove my worth to him. He’ll already know it and cherish it. Yes, I’m a romantic. I do believe in love and marriage. I do believe God will send me someone who will love me like I need to be loved and who will want to spend the rest of his life with me. This time I won’t accept anything less. 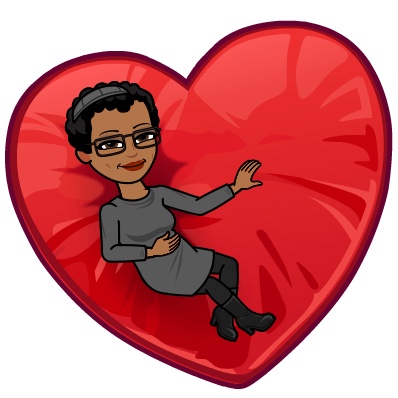